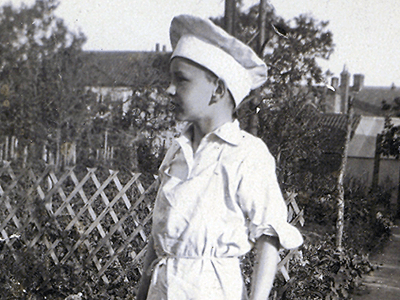 Bryan was the second son of our founder and started baking from an early age, shown here in his bakery uniform at the age of eight. Under the tutorship of his father he eventually went on to run the bakery, carrying it through the war years with his brother, Lesley.

A true foodie and fantastic chef, the fourth generation often reminisce about his Sunday roasts and infamous Victoria Sponge.

SIGNUP BELOW FOR THE LATEST NEWS & COMPETITIONS

DON'T WORRY, WE'LL NEVER GIVE YOUR DETAILS OUT TO ANYONE ELSE

It’s been around eight months since our blog post about Covid-19 rearing its ugly head, and now we’re back in another Lockdown.  Lockdown 3.  Before March last... Read More